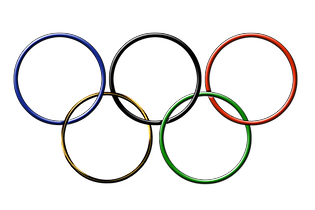 It’s no secret that as a Los Angeles real estate acquisition company, we are rooting for the city to be selected to host the 2024 Olympics.

Wednesday, our wonderful city received great news regarding its bid. The International Olympic Committee released their evaluation of L.A. for the 2024 Summer Olympics and called the bid “outstanding.”

The IOC will announce the winner for 2024 this September.

Transportation figures prominently in the bid. You can watch the IOC’s video here. Which bodes well for our strategy to focus on housing near the new LA Metro lines.

Los Angeles winning the bid would be a tremendous boon for our company.

Tokyo, who won the 2020 Olympic bid has seen their real estate price soar since winning the the bid.

Residential property and condo prices in Tokyo have risen—16 percent and 27 percent respectively—since Sept. 2013, when Tokyo was selected as the site of the 2020 Olympics Games.

As investors this is a fantastic time to to be a Los Angeles real estate acquisition company. We are already acquiring property at a discount since many were scared away by rezoning of the metro. This arbitrage could be a game changer.

In case you are just learning about our company, we are a real estate acquisition company that focuses on student housing and other housing near the new proposed LA Metro line.

As a result, three projects are under construction:
•The Crenshaw/LAX Line, which has a forecast opening of fall 2019. Recent construction pics.

•The Purple Line Extension of the subway from Wilshire/Western to Wilshire/La Cienega, forecast to open in late 2023. Recent construction pics.

•The Regional Connector to tie together the Blue, Expo and Gold Lines to speed up train trips to and through downtown L.A. has a forecast opening of late 2021. Recent construction pics.

Under Measure M, the 2020s are already a busy time for transit expansion. Among the projects to be built are the Purple Line subway to Westwood, the Gold Line extension to Claremont, the 96th Street Station where Crenshaw/LAX Line and Green Line riders will transfer to a new LAX Automated People Mover, light rail between downtown L.A. and Artesia, bus rapid transit between North Hollywood and Pasadena, bus rapid transit on Vermont Avenue, a transit line on Van Nuys Boulevard north of the Orange Line and improvements to speed up the Orange Line.

Winning the Olympic bid will speed up construction and should make Hubilu Venture Corporation quite a bit of money. Our fingers are crossed for September’s announcement